The Annual Meeting of members will be held at the offices of the Ontario Mutual Insurance Association, 350 Pinebush Road, Cambridge, Ontario on Tuesday, March 22, 2016 at 2:00 p.m. for the purpose of:

The directors whose terms of office expire are Douglas Patton, Neil Petreny and Scott Roung, all of whom are eligible for re-election.

Neil Petreny was elected to the Board in 2013 and is completing his first term on the board. Originally from Saskatchewan, he has a degree in agriculture, a Masters in Business Administration and has spent nearly two decades as the General Manager of a Guelph based agricultural services company.

Neil was elected to a 3-year term as a Trustee on the Fire Mutuals Guarantee Fund in 2015 and has been a Dumfries farm policy holder since 2002. 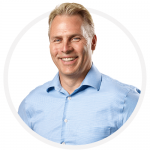 Scott was elected to the board in 2013 and is completing his first term with Dumfries.

He currently works for the City of Hamilton as the Manager of Facilities. He administers a portfolio of over 350 buildings and associated Facility trade and administrative staff. His background is in construction and he has owned and operated his own small construction business for over 25 years.

He studied English at Athabasca University, and is currently completing his Certified Facility Manager designation through the University of Toronto. He is also working on his Director Certification with OMIA. 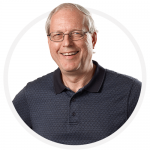 Doug Patton was elected to the Dumfries Board in 2015 for the remaining one year of an open Director position.  He is a Chartered Professional Accountant and a Certified Management Accountant.

Doug has 20 years of senior financial and general management experience across a broad base of industries.  This business experience includes strategic planning and budgeting, business recoveries and fiscal governance.  In addition, he has also spent over 15 years as a Director of a co-operative financial services institution, serving as Vice Chair and Chair of the Audit Committee.

Doug has also served on other commercial and non-profit Boards, and has been a farm policy holder since 2010.